Luis Muñoz, composer, arranger,producer and percussionist, was born in San José, Costa Rica. In 1972 Luis entered the University of Costa Rica and the National Music Conservatory, where he studied both Architecture and Music. In 1974 Luis completed his degree in music composition at the University of California, Santa Barbara, under the tutelage of renowned British composer Peter Fricker. Luis Muñoz has written music for documentaries, animation films, dance and theater, and has performed in some of the best Jazz festivals and venues in the world.

In 1988 he signed with CBS Records and recorded "LA VERDAD". In 1996, Fahrenheit Records "THE FRUIT OF EDEN", marked Muñoz's U. S. recording debut. In 1998, Muñoz released "COMPASSION", continuing to evolve as an innovative force in instrumental music.

In 2004 Muñoz released "VIDA" which received the acclaim of the music media worldwide: 4 stars by DownBeat magazine , "Best Latin Jazz CD of the Year" by Jazzreview.com, "A truly Monumental Work" by Americas Magazine, "A Masterpiece" by Mark Holston /Hispanic Magazine, "One of the 10 best recordings of the year" by Latin Jazz Network. In 2006 Mr. Muñoz was given an ACAM award in Costa Rica, for Jazz Composer/Producer of the year.

Luis Muñoz returned in 2010 with “Invisible”, receiving once again the acclaim of the music media worldwide (Top 10 Jazz CDs of the Year by JazzChicago.net). In 2011, Luis participates in a TED conference and wins his second ACAM award for "Jazz Composer of the Year" by the Costa Rican Association of Musical Authors and Composers.

On January 15, 2013, Luis Muñoz released a new album, entitled “LUZ”, featuring vocalists Magos Herrera from México and Téka Penteriche from Brazil. Once again, the world media offers full support to the project ( "Top 5 CDs of the Year" by Felix Contreras, NPR. "Best Latin CD of the Year" by W Royal Stokes, National Jazz Journalists Association, and Mike West, JazzTimes Magazine. "Top 25 Latin Jazz CDs of the Year" by the 8th Annual Jazz Critics Poll).   Luis was, for the third time, nominated for an ACAM award (Jazz Composer/Producer of the Year), for "LUZ".

2014 has brought lots of changes for Luis, among them, the formation of two new performing ensembles: a trio with Daniel Zimmerman on guitars and Brendan Statom on acoustic bass, and a quartet, with the addition of trumpeter Jonathan Dane. A new record was finished  with those two groups plus Guyanese singer extraordinaire Lois Mahalia.  In addition, Luis worked on an "all vocals" CD, in collaboration with the fantastic singers Claudia Acuña, Magos Herrera and Teka Penteriche,which was released in September of 2015.  For this CD, entitled "VOZ", four wonderful Latin American artists also participate as co writers of lyrics:  Jaime Gamboa from the Costa Rican group Malpaís, Panamanian singer/songwriter Rómulo Castro, Nicaraguan singer/songwriter Luis Enrique Mejía Godoy   and poet Osvaldo Sauma, winner of the 2013  National Poetry Award in Costa Rica.

Once again, Muñoz's new project was welcomed with open arms by the international media: " A stunning piece of music! . TEKA, MAGOS HERRERA and CLAUDIA ACUNA shine on this carefully crafted masterpiece!." Devon Wendell, The International Review of Music!!!       "Multi-talented Luis Munoz, has channeled his production skills into a sublime direction on Voz" AllAboutJazz.     The vocalists deliver in ways that will leave the listener gasping...one of the most desirable vocal albums I have had the pleasure to listen to!!!!!!   5 STARS (*****) Latin Jazz Network.

In December, 2015, Luis Muñoz was chosen as one of NPR's Alt.Latino "12 Favorite Artists of the Year." "VOZ" won two ACAM  Award (Association of  Composers and Musical Authors) in 2016, including "Best Jazz Record of the Year",and was chosen among the Best CDs of the Year by both, Downbeat and Jazziz magazines.   In  March of 2017 Muñoz releases yet another CD, "The Dead Man", a project recorded "live in the studio" with his trio/quartet, inspired by the short story of the same name written by Uruguayan author Horacio Quiroga. In December of 2017, "The Dead Man' was chosen as "Album of the Year" in Jazziz Magazine and was also nominated for yet, another ACAM Award.

Luis Muñoz is a music visionary, and  one of the today’s most sensitive, melodic and talented Jazz composers. 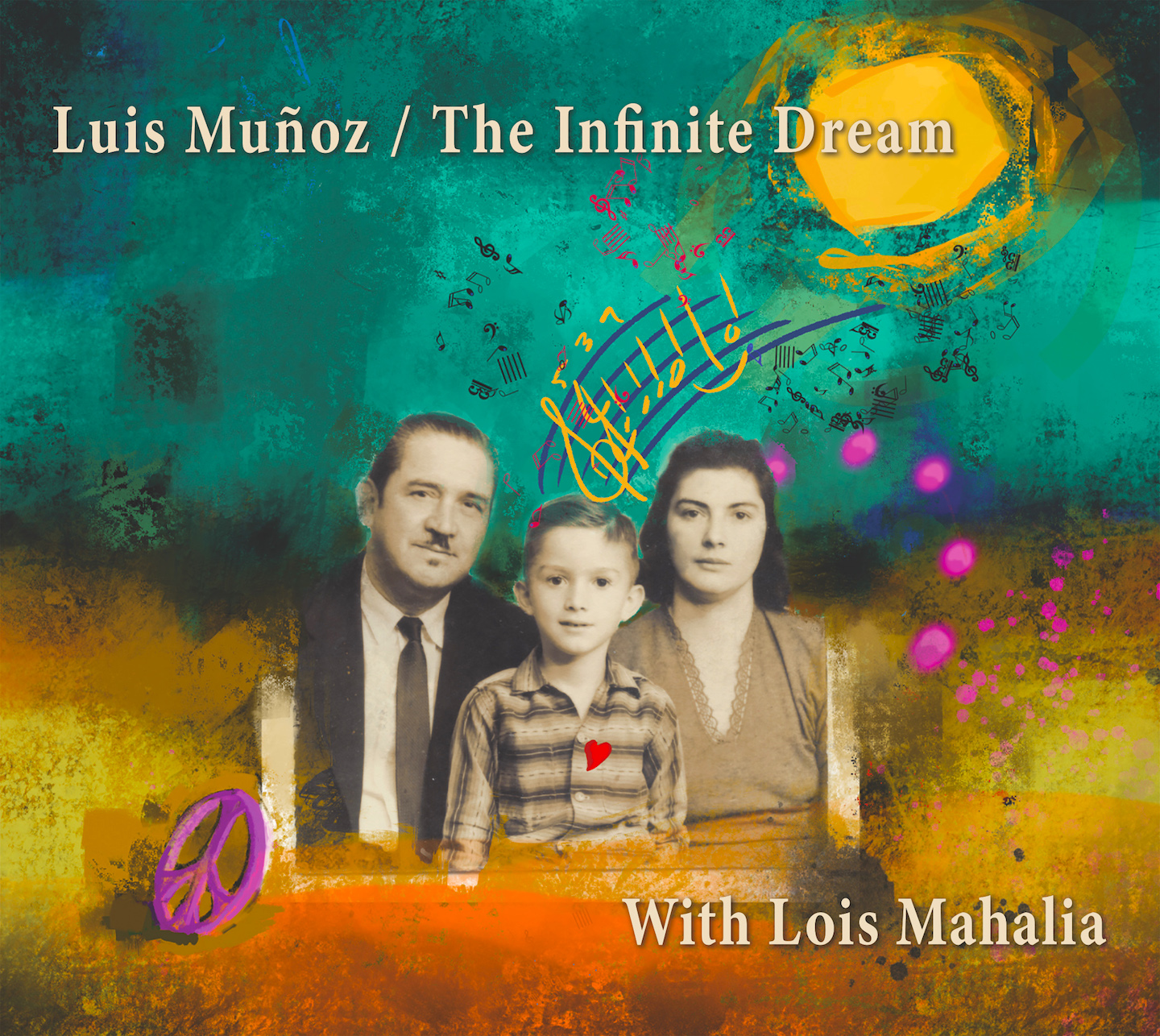 He has released 10 CDs of award-winning original compositions.  His 2015 CD “VOZ”, (with singers Claudia Acuña , Magos Herrera and Téka) was called “a perfect Album- Five Stars” by Latin Jazz Network, it was included in the Best CDs of the Year by Downbeat Magazine and named one of the 12 Best Albums of the Year by Jazziz Magazine .”VOZ” won two ACAM Awards (Association of Composers and Musical Authors) in Latin America, including Jazz CD of the Year.  His 2017 recording “The Dead Man” was named “Best Record of the Year” by Jazziz Magazine.  In 2019, Mr. Muñoz won Arranger of the Year for “The Infinite Dream”, (a collaboration with Guyanese singer Lois Mahalia), a project that also received ACAM nominations for Jazz Record of the Year and Producer of the Year.  In total, Muñoz has received 10 ACAM nominations and 6 awards. He recently completed “Canciones de Transfiguración y Esperanza” (with Brazilian singer Téka), to be released in 2022.  Mr. Muñoz was chosen among the 12 Best Artists of the Year by NPR’s AltLatino.